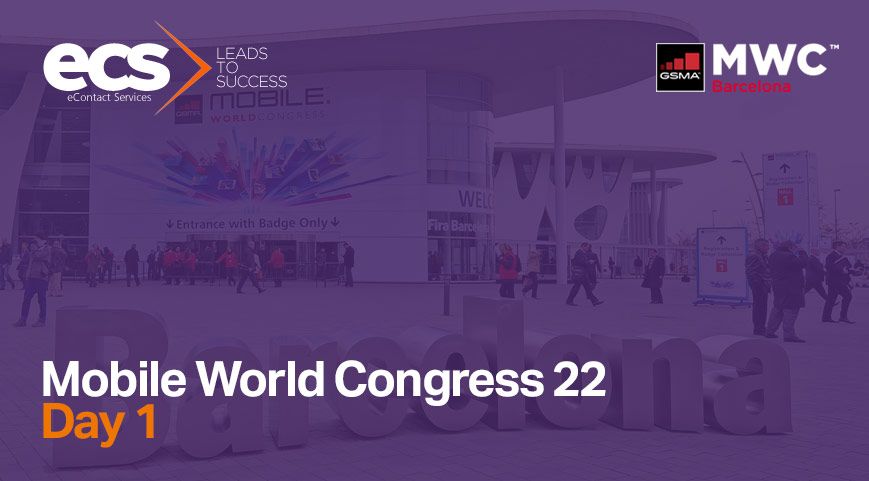 Three years later, Mobile World Congress is back. Well, back in a recognisable form anyway.

Twenty-four months ago, we experienced the COVID enforced last-minute cancellation of the event. Last year, the GSMA did give a party, but no one came (to be scrupulously accurate, not very many showed up). This year, it’s business as usual (unless you’re Russian). “There will be no Russian Pavilion at MWC22”, GSMA said in a statement. MWC stands – apart from anything else – as a barometer for the times we live in.

Given that the event serves as the marketplace for one of (if not the) world’s most critical industries (telecoms), an almost infinite jamboree of product announcements and deal-making is in prospect this week, top analyst firm Gartner’s prediction just before the event about the nature of enterprise selling resonates. “Business leaders are starting to recognize how costly keeping a poor-fit customer can be for business, such as over-customization, custom-made solutions and outsize time spent on servicing. Long-term profit erosion must also be kept top-of-mind, as investments in poor-fit customers may boost revenue in the short run, but compromise profitability in the long run,” it said.

Gartner may be right and if they are, expect the impact on telco technology providers to be significant as they switch from a focus on chasing gross revenues to profit, likely moving from customised solutions to more off-the-shelf (often subscription) products, and from service-heavy deals to more straightforward implementations. This will have a significant knock-on effect on telco marketing; a process that in theory could be streamlined and see messaging becoming less dense and the lead-generation process more sharply defined. Generating leads may remain as challenging as ever but ruling out (and ruling in) prospects earlier in the funnel should become both more straightforward and more critical. Winning the right deal will replace winning any deal at any cost as the maxim. As a result, approaches to pipeline building will become more significant than before.

This reality will need to align with another sea change in the telco market, the likely extensive revision in approaches to value creation already being driven by the jump to 5G (and ultimately 6G) networks, a topic highlighted in one of MWC’s keynotes. That new network technologies can give Communications Service Providers ways to find a new competitive edge is at this point yesterday’s news. Why else bear the cost of network investment and the expanding device ecosystem they require? But if as the GSMA points out, the future of services “now lies at the intersection of service innovation and network intelligence” then it’s likely that more sharply honed products that deliver measurable value will need to enable increasingly new (and innovative) Use Cases. What will those look like? For marketers, and in particular product marketers, there’s a rare opportunity to get ahead of the curve in what’s likely to be a rapidly changing landscape but it will be challenging to do that successfully.

And then, of course, there’s the mundane topic of the event itself. What must be half-a-mile (if you walk it from end-to-end) of labyrinthine passageways and exhibition stands and meeting rooms and coffee shops to negotiate, populated – if you’ve worked in the telecoms and broadcasting industry for long enough, by pretty much every colleague you’ve ever had the pleasure of working with). MWC is a mini city in which you can’t escape your own past, particularly if you’re in sales or marketing (departments that account for the vast majority of attendees).

That’s interesting too because far too many telco marketers approach the event on a “rinse, repeat” cycle; what is for most their biggest single investment of the marketing budget year is often tackled from a strategic perspective more or less by rote. MWC is replete with product innovation (new technology everywhere you turn) yet in contrast, all too many marketers appear to show up mainly because they think they can’t afford not to and, once in Barcelona, they do what they’ve always done. Isn’t the definition of lunacy doing the same thing again, and expecting different results?

For marketers, Day One of MWC isn’t the “beginning of the end” of the event which has required many months of advance planning but, rather, “the end of the beginning”. Success or failure, generally measured by the number and quality of new business leads generated, doesn’t depend only or even mainly on four days in Barcelona but rather, on having an effective strategy after (not during) the event itself. It’s what marketers do next, when they return to the office in a weeks’ time, that really determines their Return on Investment in Mobile World Congress and how well their pipelines are stocked for the remainder of the year.

If you’d like to discuss any of our insights and learn more about how eCS can help you increase the RoI on your investment in MWC2022 please e-mail us.