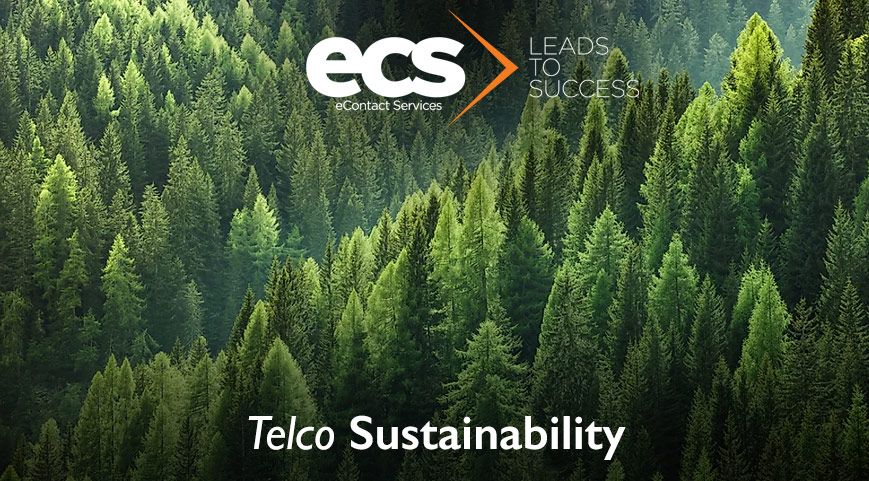 The telecoms sector may not be the world’s biggest source of carbon emissions, but it is one that is increasingly coming under pressure to reduce its environmental impact.

In a recent report by the Boston Consulting Group (BCG), it was calculated that the entire ICT industry accounts for about 3 – 4 per cent of global CO2 emissions – surprisingly, that’s about twice the level of the aviation sector. And with global data traffic expected to grow by around 60 per cent per year, that figure could rise to 14 per cent by 2040 if the industry fails to act.

Telcos are a specific segment within the wider ICT industry, accounting for 1.6 per cent of global emissions. Many telcos are making progress in reducing and offsetting carbon emissions from their own operations (known as ‘Scope 1’ and ‘Scope 2’ emissions), but it is the Scope 3 emissions (such as the energy consumed across telco supply chains) where the biggest problem lies. According to BCG, Scope 3 emissions typically make up more than two-thirds of a telco’s total carbon emissions, and sometimes more than 90 per cent.

Emissions generated by the manufacture – and disposal – of devices and equipment is a particular problem.

In the past few years, most telcos have begun to acknowledge that they have responsibility for their Scope 3 emissions, for example by demanding transparency into their suppliers’ footprint, engaging with them to improve, and factoring this into the selection process.

One of the authors of the BCG report, Roman Friedrich, predicts that growing consumer interest and pressure will drive telcos to prioritise their sustainability strategies.

“Up to this point in time, the telco sector hasn’t been subjected to the same level of scrutiny and criticism as other high-emitting sectors of the economy,” Friedrich said. “We believe that situation will quickly change. Those telcos that anticipate this shift and put in place meaningful and actionable strategies will reduce their environmental impacts, save costs and win customers.”

So what action is being taken?

In February 2020, the GSMA published an ICT sector pathway that provided step-by-step guidance for its mobile operator members to get to net zero carbon emissions by 2050.

According to the organisation, as of April this year, mobile operators accounting for 31 per cent of global mobile connections and 36 per cent of industry revenue now have a net zero target in place, making the mobile sector one of the first to break through the 20 per cent target as set by the UN Race To Zero campaign.

These commitments come at a time when mobile operators are rolling out new 5G networks, which risk creating upwards pressure on operators’ energy usage. But the industry is hopeful that it can avoid significant increases in energy consumption by embracing new technologies, for example via the use of artificial intelligence to power down networks during quiet periods

While the industry focuses on reducing its own emissions and those of its supply chain, the sector could have a wider impact in how its products and services enable other sectors to do similar.

Research conducted by the GSMA and the Carbon Trust in 2019 found that, while the mobile industry is currently responsible for around 0.4 per cent of carbon emissions globally, it enables carbon reductions in other sectors that are 10 times larger, equivalent to approximately 4 per cent of global emissions.

For example, savings in buildings are a result of technologies that improve energy efficiency such as building management systems and smart meters. In the transport sector, the use of telematics can improve route optimisation and vehicle fuel efficiency.

This ‘enablement effect’ is a key argument that the industry is making to position itself as part of the solution to tackling global climate change.

But it must get its own house in order first.

5G is creating a new era of enterprise opportunity, but can telcos capitalise?