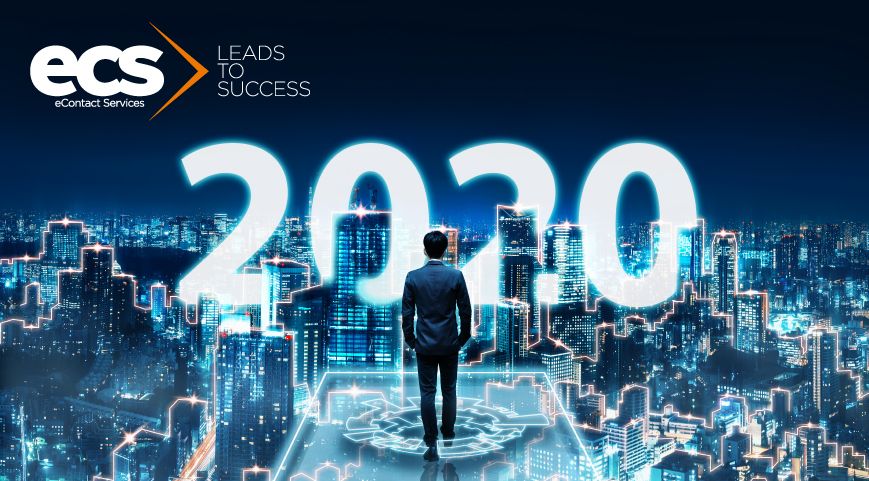 2020 was a tumultuous year for all – and the telco sector was no exception. As we approach year-end, eContactServices looks at the ten telco-related stories that made an impact this year.

Mobile World Congress was cancelled just two weeks before it was due to open its doors for its 2020 edition, becoming the first major event to fall victim to the pandemic. The absence of physical events in 2020 had a far-reaching impact on the industry, forcing many to rethink how to connect with customers and launch products. But the problem with pushing everything online meant that people were overwhelmed with digital content. Dealing with this ‘digital fatigue’ will be a key challenge for the year ahead.
Read more >

More than 100 telcos worldwide have now launched commercial 5G networks, but monetisation remains a challenge. As 5G matures, BSS is playing an increasingly important role in enabling 5G operators to quickly define and deploy new offerings. Operators will also be hoping that new high-profile 5G devices, such as the first 5G-equipped iPhone (the iPhone 12, unveiled in October) will be the catalyst for strong consumer uptake of 5G services.
Read more >

The Covid pandemic unleashed many conspiracy theories that gained traction – but the one suggesting that 5G masts were responsible for spreading the virus had particularly dangerous consequences. Around 90 attacks targeting UK telecoms infrastructure had been reported by May, forcing the government and the industry to address the issue.
Read more >

China Mobile and Huawei secured publicity points in May by deploying a 5G network at the top of Mount Everest, the Earth’s highest point. Not to be outdone, Nokia announced in October that it as working with NASA to bring a 4G-LTE network to the moon – part of a project to enable a “long-term human presence on the lunar surface.”
Read more >

As 5G network deployments continued around the globe in 2020, the conversation inevitably turned to what happens next. According to a Samsung white paper, the ITU will begin work to “define a 6G vision” in 2021 with the standard will likely be completed around 2028. However, 2020 saw the first signs of activity with the EU launching a 6G initiative and China successfully launching what it described as the “world’s first 6G satellite”.
Read more >

2020 saw an uptick in the number of telcos deciding to divest their physical infrastructure to specialist companies. The most significant deal occurred in Europe where Hutchison (owner of the 3 mobile brand) sold almost 25,000 towers to Spanish towers company Cellnex in a €10 billion deal.
Read more >

Perhaps the most significant piece of M&A activity in the telco space in 2020 was Nvidia’s proposed $40 billion purchase of the iconic UK chip designer, ARM. The deal has regulatory hurdles to overcome before it is finalised, but the companies aim to eventually build an AI-powered computing giant.
Read more >

In June, Qualcomm announced its new RB5 platform in a bid to accelerate the market for 5G equipped robots. The platform is a set of hardware, software and development tools that will allow manufacturers “to create the next generation of high-compute, low-power robots and drones”, and could kickstart robot momentum into 2021.
Read more >

Another consequence of the pandemic was a resurgence in voice calls. Orange France, for example, noted that the number of voice minutes on its network doubled in the first two weeks of lockdown. As we know at eContact Services, voice calling provides that ‘human touch’, which is all-important when doing business. We hope this trend continues into 2021!
Read more >

Going native: the challenges telcos need to overcome to effectively run OSS/BSS from the cloud

Elon Musk blasts into MWC to update on Starlink plans

The recipe for Lead Generation failure

1st February 2020
We use cookies to ensure that we give you the best experience on our website. If you continue to use this site we will assume that you are happy with it.OkPrivacy policy