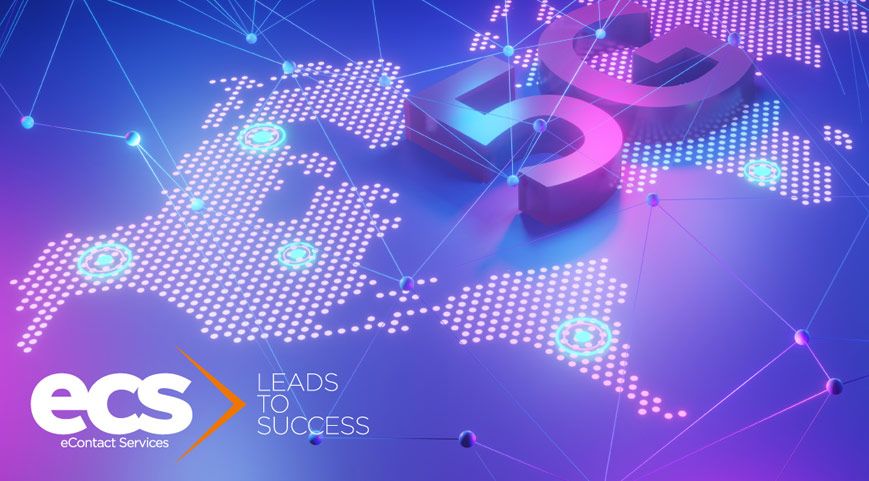 Last month we highlighted the problem of ‘digital fatigue’ as a result of the Covid pandemic – and the challenges this presented for B2B marketers, particularly those at tech vendors that want to influence – and eventually sell – to telcos.

A new study by tech PR agency CCgroup, ‘Navigating telco turbulence’, has examined this matter further. It attempts to understand which channels deliver real influence amid a changing landscape of how vendors reach their telco customers.

When asked which marketing channels had the greatest impact on them when it came to increasing their awareness of technology vendors, 55 per cent of telco buyers cited the telecoms trade press, such as telecoms.com, Light Reading and Mobile World Live, as having the greatest impact. The ‘business technology media’ was ranked second.

Notably far down the list was ‘industry events’, reflecting – perhaps – the diminishing importance of trade shows as a result of their year-long absence from the calendar.

Virtual events scored marginally better in terms for raising awareness, but it was also noted that “46% of telco tech buyers believe that vendor participation in an industry or virtual event is a strong indication of its expertise or market leadership on a technological development or issue.”

More than a third (38%) of telco tech buyers said they had watched live or pre-recorded content from industry virtual events during 2020. 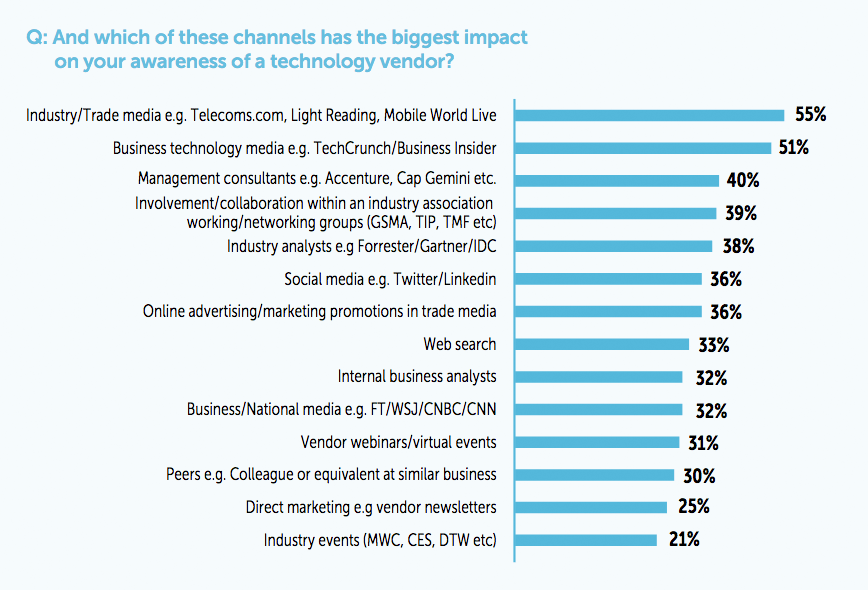 Interestingly, the channels that influence buyers to select vendors for RFPs was significantly different to those used simply for building awareness. ‘Internal business analysts’ was the biggest influence here, identified as a “deciding factor” or “major influence” by 57 per cent of respondents.

“Most telcos have teams of internal business analysts to research market and technological developments and drive innovation,” explains the report. “These individuals track market progress by consuming information from a variety of different sources – including vendor websites; industry, national and international media; industry analyst research and industry events.”

When it came to actually selecting a vendor to take part in an RFP process, around half of all respondents could point to industry analysts (51 per cent) or internal business analysts (48 per cent) as having a major influence or being a deciding factor to a vendor being selected.

Telco buyers were also asked if the pandemic had caused them to delay making purchases. 70 per cent of respondents said that this was true, but the majority of delays (55 per cent) had been for less than 6 months.

“What is clear from the analysis is that vendors trying to influence telco buyers must understand the combined impact of a wide variety of different channels if they are to maximise their chances of success,” the report concluded.

At eContact Services we have seen first-hand how the disruption of the last 12 months has impacted how vendors engage with telcos, and what this means for generating and closing sales leads.

The ability for vendors to meet with their prospects ‘face-to-face’ at in-person trade shows will hopefully be possible soon – but it’s clear that the ‘old normal’ will not be returning.

Experience and expertise will be key to navigating this rapidly changing landscape. At eContact Services we draw on our deep understanding of our sector, which includes a database of more than 150,000 telco contacts.

For more than 20 years, our core service has been QUALIFIED lead generation, arranging one-to-one meetings and conference calls with the key people in target accounts, taking the pressure of your sales teams to start ‘cold calling’ potential prospects.

So why not give us a call today?